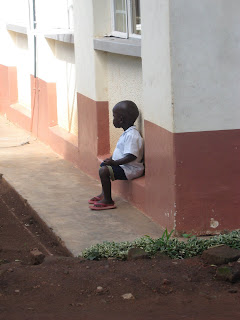 I realized something fun while rinsing my laundry earlier today!

A year ago right now I was in Australia at an Angel Medicine Workshop and one evening over 400 people participated in a fantastic ‘Sacred Healing Fire’ accompanied by an Aborigine playing didgeridoo. I have worked with fire on many occasions in my healing work and training in Andean / Inca Medicine so I was familiar with the concept of that nights ceremony, namely to ‘bring something’ to the fire that you want to release in the form of a gift. Maybe one brings a concern, maybe it’s a habit, a hope or a hurt, an expectation, desire, whatever! To ‘bring it to fire’ can be a powerful way to let something go that may be holding us back or simply no longer serving us. That night a year ago, my gift, my letting go was my ‘need to know’ particularly concerning Africa.

Following that time those who were around me will attest…for months leading up to this journey I applied myself to research and to waiting, to being open, aware, following leads, ideas, inspirations and dreams that might guide me on, or not, to actually understanding where I’d be coming in Africa, who I’d be with, how I would connect with the orphan children I could hear calling … all the while trying to remain mindful about letting go of any ‘need to know’.

Yesterday, I met for a second time with a Ugandan whom I’ve known for about 4 days now, and together we looked at a drawing I had suggested he make at our first meeting. Pretty crude, certainly not scale, drawn on an 8.5 x 11 inch ‘acre of land’ ( the land has literally been acquired … ) he has envisioned a child care orphanage that, beginning with 150 children, he hopes will ultimately grow to care for the 400 HIV/AIDS orphans in his community and surrounding villages. We looked at the drawing…the girls rooms would go here, the boys there, the kitchen, latrines, admin bldg’s, poultry, cow, playground, primary and vocational schools, vegetable garden, they all go somewhere, oh, we could add another wing there in the future, opps, we’re missing the dining area… 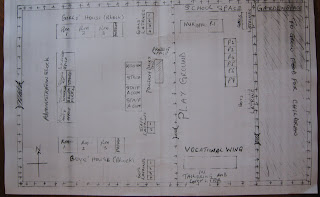 Well, it occurred to me that, wow…I’ve been in Africa 3 weeks and there I was yesterday sitting in ‘Gracious Café’ in downtown Mbale meeting with a new friend, helping to design ‘my first’ orphanage (…a ‘model’ that over time and with refinement will serve many I suspect…) all the while really having NO idea how it came to be that I would meet this man, or how any of this is REALLY happening…and I laughed…if I once wondered or worried that I might ‘need to know’ something in order to make something else happen…well…that sure seems hilarious now!

One year later and on Canada’s Thanksgiving Day what fun for me to say thank you ‘fire’ for accepting my gift, eh! Cath